The beginning
In 2006 a Department of Pharmacology and Drug Toxicology was founded as a structural unit of the Faculty of Pharmacy at the Medical University – Plovdiv. The new department inherits the traditions and experience in the teaching and research activities of the School of Pharmacologists from the Department of Pharmacology at the Medical Faculty. The first head of the newly established department is Assoc. Prof. Lyudmil Peychev, MD, PhD. Its members are recruited as lecturers on pharmacology and pharmacotherapy – Prof. Margarita Karaivanova, MD, PhD, DSc and Assoc. Prof. Yanko Iliev, MD, PhD.

The first assistants were consecutively appointed: Dr. Nina Doncheva (2007), Dr. Anita Mihaylova (2009), Mag. Pharm. Mihaela Shishmanova-Doseva (2009). Since 2007, Veneta Zhelyazkova (Chief of Chemistry) has been appointed to the Department, which, together with the senior laboratory technician Yonka Kolikova from the Department of Pharmacology and Clinical Pharmacology at the Medical Faculty, provides the complete experimental work with experimental animals. Dr. Maria Georgieva-Kotetarova, who was later transferred to Assistant Professor in the Department of Pharmacology and Clinical Pharmacology of the Faculty of Medicine, participated in 2008 as a full-time Ph.D. student.

The two departments are housed in the former building of the Clinic of Obstetrics and Gynecology, owned by the University Hospital “St. Georgi “Plovdiv. Thanks to the skillful leadership of the two current leaders – Prof. Ivanka Kostadinova, MD, PhD and Prof. Lyudmil Peychev, MD, PhD, MHM the academic staff of the two departments works as a whole in a spirit of understanding, scientific cooperation and mutual assistance in teaching work. The Departments use common research laboratories and study rooms. The two departments have 8 study halls with a total area of 207.48 square meters and 137 workplaces. For the purposes of research, the two departments of pharmacology use 3 laboratories with a total area of 74.68 square meters and 14 workplaces.

Teaching activities
In 2006, the National Assembly of the Republic of Bulgaria officially recognized the existence of the Faculty of Pharmacy. This caused students to study the full course of pharmacology in one semester rather than two. Teaching was organized to cover three-hour exercises twice a week. This first class of pharmacy students completed their pharmacology studies with average assessment of very good (5.30).

Under the conditions of overloading, the academic staff of the department participates in the teaching of master pharmacists, assistant pharmacists, students of medicine and dental medicine, X-ray technicians and rehabilitators. Six different disciplines are conducted together with lecturers from the Department of Pharmacology and Clinical Pharmacology of the Faculty of Medicine: pharmacology (in Bulgarian and English), clinical pharmacology (in Bulgarian and English), pharmacokinetics, drug toxicology, pharmacotherapy and clinical homeopathy. We actively work with students on scientific programs for the study of biologically active substances.

Research activity
The main directions in the research work of the present department at the Faculty of Pharmacy follow the markers left by the founders of pharmacology at the Faculty of Medicine in Plovdiv. The leading idea is the study of the effects of new drugs on the training and memory processes, the pharmacological study of new antiepileptic agents, neuroprotectors, the pharmacology of local and introduced plant species, the pharmacology of bee products, and so on.
Each member of the department works on its own scientific subject:
− Neuroprotection and anticonvulsants; phytopharmacology; clinical homeopathy; pharmacology of api-therapy; activators of steme-cells liberation, means and methods for giving up smoking and others (L. Peychev, M. Shishmanova-Dosseva, E. Apostolova, V. Kokova, I. Kandilarov);
− Study of the effects of agents acting on the CNS – cholinesterase inhibitors for the treatment of Alzheimer’s disease, GABA-medications, benzodiazepines, neuropeptides, antiparkinsonian drugs (N. Doncheva, A. Mihailova, M. Topolov).

In the last seven years, the Department has achieved significant results in the scientific field (Table 1). The Department’s associates have 4 trademark certificates from the Patent Office of the Republic of Bulgaria, the published scientific papers – 94, 51 of which in foreign journals, and the published scientific papers and presentations are 110 , 17 of which abroad. The team of the Department participated in writing 11 textbooks on pharmacology, toxicology and pharmacotherapy, 10 pharmacology manuals and 5 monographs. 2 professors’ habilitations (L. Peichev and I. Iliev) were achieved , three Masters degrees in health management (L. Peichev, Y. Iliev, M. Shishmanova-Doseva) were defended, 7 doctoral dissertations were defended (M. Shishmanova-Doseva, E. Apostolova, N. Doncheva, M. Topolov, V. Kokova, K. Saratcheva, L. Vasileva). Members of the team have participated in 10 research projects funded by the Medical University – Plovdiv and the Ministry of Education and Science.

Table1. Publication activity of the Department of Pharmacology and Drug Toxicology at the Faculty of Pharmacy of the Medical University Plovdiv for the period 2011-2017.

The Department of Pharmacology and Drug Toxicology has been established in 2006 with Head of the Department prof. Ludmil Peychev, MD, PhD, MHM.

Five different disciplines – General Pharmacology, Pharmacokinetics, Drug Toxicology, Pharmacotherapy and Clinical Homeopathy are being taught by the academic staff of the Department.

The pharmacology course is included in the academic program for medicine, dental medicine, pharmacy, nursery, midwifery. Many students participate in the research of biologically active substances under the guidance of their teachers.
Members of the academic staff are engaged in 10 research projects, supported by Medical University-Plovdiv and the Ministry of Education and Science of Bulgaria. 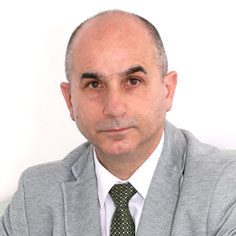 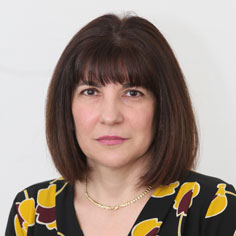 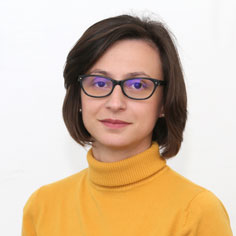 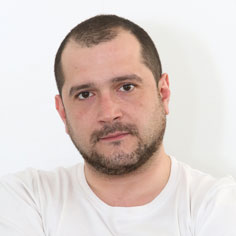 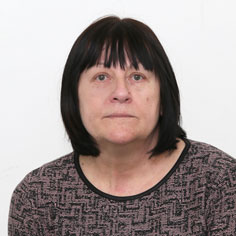 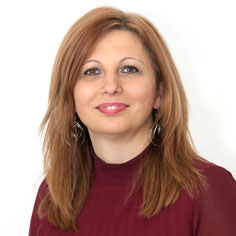 For its 10 years history the Department has achieved significant results in the scientific field: author certificates for patents and inventions – 4; published scientific articles – 323, 54 of which in foreign journals; participation in scientific conferences – 282, 18 of which abroad. Members of the academic staff are authors of 11 textbooks in the field of pharmacology, toxicology and pharmacotherapy. Ten manuals in pharmacology and 5 monographs have been published so far.

Peychev L, 1991. New experimental data of the neuropharmacological characteristics of long-timetreatment with sodium valproate and after its withdrawal.

Shishmanova-Doseva M, 2014. Experimental research on the effect of Lacosamide on learning, memory and physical working capacity in rats.

Doncheva N, 2016. Comparative experimental study of analgesic and anti-inflammatory activity of the agents used for adjunctive therapy of pain.

Topolov M, 2017. Comparative study of the effects of olanzapine and aripiprazole on models with altered cognitive functions.

Kokova V, 2017. Experimental study on the pharmacological effects of etifoxine on nerve and neuromuscular structures.

Saracheva K., 2017. In vivo and in vitro study of the effects of second generation tryptans on behavioral functions and a. carotis communis.

Mihaylova A., 2019. Experimental study of memory, inflammation and immunomodulation in pramipexole and tolcapone treatment.