HOW TO GET HERE?

ASSETS OF THE LOCATION OF PLOVDIV

Тhe Republic of Bulgaria is a country in southeastern Europe. The country is located in the Eastern European Time Zone, which is GMT (Greenwich Mean Time) +2 hours.
On 1st January 2007 Bulgaria adhered to the European Union. With a territory of 110,994 square kilometers, Bulgaria is Europe’s 16th-largest country. 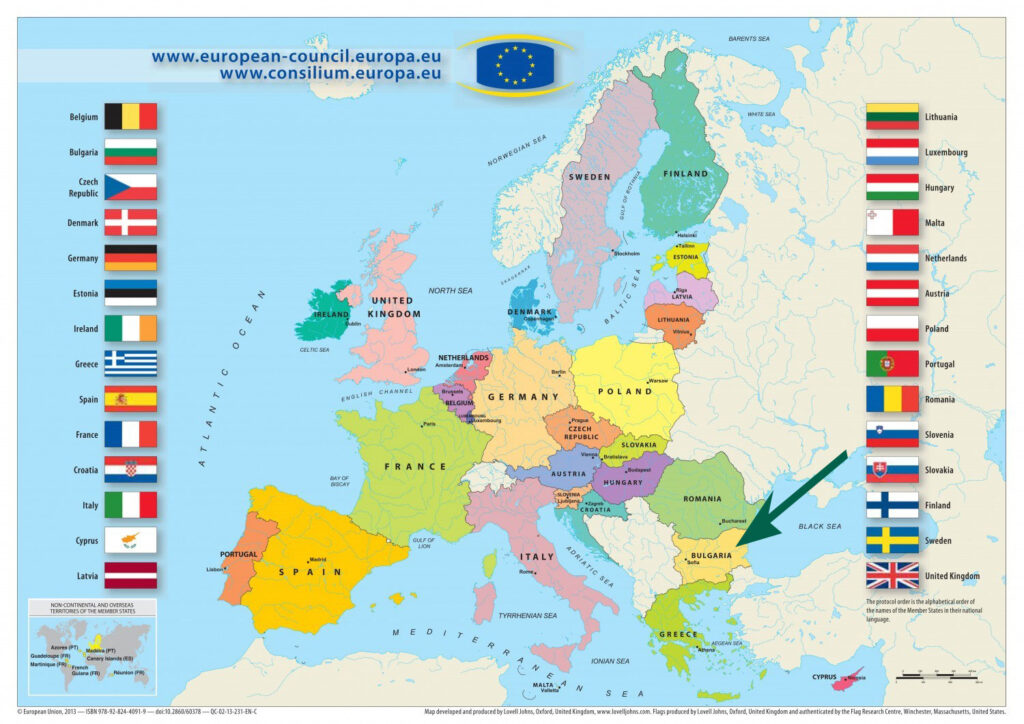 HOW TO GET HERE?

Air, rail, road, and water transport are all well developed in Bulgaria. The country has four international airports – at Sofia, Plovdiv, Varna and Burgas. The airports also serve charter flights, and helicopters.
Frequent low-cost flights from many European cities to Bulgaria, are also provided (EasyJet, RyanAir and Wizz Air). The low cost flights are constantly expanding, for now their Bulgarian connections are 40 airlines and 80 destinations. The national carrier Bulgaria Air (www.air.bg) serves most of Europe. In many respects, Bulgaria is the best travel deal in Europe.
The journey from Sofia (capital and the biggest Bulgarian airport) to Plovdiv is fast and convenient on a highway, the distance is 150 km and it is about an hour and a half.

Bulgaria is beautiful, easy accessible, fast developing and safe country. There is a low level of known terrorist activity in Bulgaria.

ASSETS OF THE LOCATION OF PLOVDIV

Medical University – Plovdiv is situated in the Central South part of Bulgaria, in the town of Plovdiv which has a rich cultural and historical heritage . It is an important economic and cultural center, as well as the second-largest city in the historical international region. Plovdiv was the European Capital of Culture, 2019.
The large number of higher education institutions, as well as historical and cultural sites make our town attractive and worth visiting.

Plovdiv Airport is a regional airport that serves South-Central Bulgaria. The airport is located 12 km southeast from the city of Plovdiv – the second largest city and cultural capital of the country. Situated in the very heart of the Balkan Peninsula, the city is an appropriate starting point for travelling around the region.
http://www.plovdivairport.com/en/home

Access to Plovdiv from some European countries including: UK (Stansted Airport, London) Plovdiv International Airport could be used.
You can take a taxi from the Plovdiv Airport to the city centre for approx. 7 – 9 EUR. Please visit the following page for telephone numbers:
http://www.plovdivairport.com/taxi.php.

To get from Sofia Airport to the Central Bus Station in Sofia take the subway or find а тaxi outside the airport terminal;
Bus line No.84 and No. 184 links the airport with the city centre.
Travelling by bus:
There are intercity buses from the Central Bus Station in Sofia to the “Yug” Bus Station in Plovdiv, which leave approximately every hour from 7 a.m. to 8 p.m.
The price for the bus is 7-8 Euro.
For more information: http://www.centralnaavtogara.bg/
To see all direct bus lines from other cities visit
http://www.avtogari.info or http://www.hebrosbus.com
Over 80 settlements have direct bus line to Plovdiv.

Travelling by train:
From Central Railway Station Sofia you can take both direct express or fast trains travelling from Sofia to Plovdiv and trains travelling the lines Sofia – Svilengrad and Sofia – Burgas.
The trip duration is 3 hours.
The price of the ticket is around 5 euro.
And at 22:40 there is a late train that leaves from the Central Railway Station, which is situated next to the bus station.
For more information: http://razpisanie.bdz.bg/site/search.jsp

From other railway stations:
The towns that have direct railroad connection with Plovdiv are Burgas, Svilengrad, Karlovo, Panagyurishte, Peshtera, Hisar and Asenovgrad as well as many towns in Europe and the Middle East.
For more information: http://www.bdz.bg

Our University is located in the center of Plovdiv between two of seven hills which gave Plovdiv the name “The City of Seven Hills”. There are good road communications, hotels and restaurants in the vicinity. The University buildings are arranged in a campus manner. The oldest University building houses the departments of Anatomy, Histology, Embryology and Physiology. The most recent addition to the University campus is the Auditorium Complex.
The oldest University building was built in 1879
The Auditorium Complex of Medical University – Plovdiv is one of the most modern in Europe. It consists of eight auditorium halls with a capacity of up to 280 seats and another auditorium hall which is located in a neighboring building.

It is situated on the campus of Medical University – Plovdiv, at the farther end of a shapely park area with some archaeological exponents dated 1st – 2nd century.

We propose four options for the Social Program in Plovdiv and the vicinity, depending on the number of participants and the time available between the meeting sessions:

Guided tour in the Old Town of Plovdiv including the Ancient Roman
Stadium, the Ethnographic Museum, as well as some famous old houses and art galleries:

Historical information about the site:
Plovdiv is the second largest city of Bulgaria, situated in south-central Bulgaria on the two banks of the Maritsa River. The history of Plovdiv spans 6,000 years, with traces of a Neolithic settlement dating to roughly 4000 BC and some rank it as Europe’s oldest living city, older than Rome, Athens, Carthage and Istanbul, almost contemporary of Troy.
Plovdiv is known in the West for most of its history by the Greek name Philippopolis, which is dated about 340 BC. Plovdiv was originally a Thracian city before later becoming a Greek city and a major Roman one. In the Middle Ages it retained its strategic regional importance, changing hands between the Byzantine and Bulgarian Empires. It came under Ottoman rule in the 14th century for nearly 5 centuries before it became part of Bulgaria.
Its old part, called the Old Town, with houses from the National Revival period (18-19th century), is an imposing open-air museum situated on the three hills of ancient Trimontium. Remains of ancient, mediaeval, revival and modern culture coexist and are interwoven into the unobtrusive, but irresistible, eternal beauty of this city (photos 10 and 11).

The Ancient Amphitheatre of Plovdiv is situated in the Old Town

The Old Town of Plovdiv has a lot of beautiful houses

The Municipality of Plovdiv organizes free tours of the Old Town Plovdiv. More details can be found here: http://www.freeplovdivtour.com/
In case that SEEC Congress participants prefer additionally arranged tour with a private tour guide the price will be 12 Euro incl. VAT.

Historical information about the site:

Bachkovo Monastery is the second biggest monastery in Bulgaria. It is situated in the heart of the Rhodope Mountains, 35 km from Plovdiv.

The monastery was founded in 1083 by the Byzantine military commander of Georgian origin Grigorii Bakuriani Abaziy and his brother. The monastery is surrounded by hills, which together with its size and antiquity make it one of the most visited historical sites in Bulgaria. The Ossuary near the monastery is a unique historical place which is worth visiting for its ancient and extremely valuable mural paintings.

Bachkovo Monastery is among the most remarkable monuments of Bulgarian culture and art (photo 12). In addition to the old architecture and mural paintings, the monastery has created a museum collection of many valuable exhibits. The temple icon “The Holy Virgin” of 1310 in silver casing is the most significant one. It is believed that it has miraculous powers.

Visit to the village of Starosel:

Historical information about the site:
Starosel is a village which lies at the foot of the Sredna Gora mountain range. It is situated about 50 km from Plovdiv.
Starosel is known for the abundance of ancient Neolithic and Thracian sites, with some finds dating as far back as 5-6 millennia BC. Excavations reveal that the village burgeoned into an important and wealthy Thracian city in the 5th century BC. Among its main features are the underground temple, the largest of its kind on the Balkan Peninsula, built under the Chetinyova Mogila (tumulus) and a mausoleum. The temple, as well as the nearby Thracian king’s residence under Mount Kozi Gramadi, likely date to the reign of Amatokos II (359-351 BC).

One of Bulgaria’s top Ancient Thrace sites, the Starosel Tomb, has been dated to the 4th century BC (photo 13 and 14).